Why Do My Ducts Always Sweat?

Do your hvac ducts sweat? It could be because conditioned air, here, is causing condensation on the outside of the ducts.

Does your ductwork appear to sweat just like you do in the summer? It’s not your imagination — condensation on ductwork is common, even through the fall and winter time. While sweating ductwork may not seem like a big issue, it can actually undermine the energy efficiency of your HVAC system. It can also lead to mold and mildew growth, which not only looks bad but also decreases your indoor air quality.

What Causes Condensation on Ductwork

The same concept applies to your ductwork. Ductwork with hot air blowing through it can become extremely warm on the surface. Then when cold, winter air hits it from your crawl space or attic, water vapor in the air is forced to condense on the surface of the ductwork.

Want to put an end to “sweaty duct syndrome” once and for all? Consider these upgrades for your home and ductwork.

AC ducts on their own can be extremely inefficient. Holes and leaks allow conditioned air to escape while dust and other allergens to enter your HVAC system. Meanwhile, the surface of uninsulated ductwork is exactly the same temperature as the air running through it.

Duct sealing eliminates all of those pesky leaks in your ductwork, while insulation regulates the surface temperature of your ductwork. Your HVAC system will be more efficient, and water vapor won’t be forced to condense when it hits your ductwork.

It’s also important to keep hot and humid air from entering your home in the first place. Air sealing eliminates the holes, cracks, and gaps in your home that are near your ductwork and around the rest of your house that are letting excess moisture in.

One of the biggest sources of moisture in the home is the crawl space. With crawl space encapsulation, we’ll completely seal your crawl space against moisture using a heavy duty vapor barrier.

Put an End to Sweaty Ductwork

As experts in home insulation and indoor moisture, Arbor Insulation Solutions is here to help you control the condensation on your ductwork. We’ll help you give your home and ductwork the TLC they need, giving you more from your central heating system and keeping condensation from harming your home.

Condensation on your ductwork? 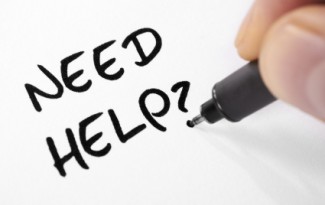 Do you have questions but are not ready to speak to our energy experts? Then check out our list of commonly asked questions.